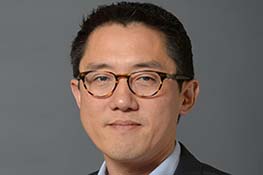 Paul Park’s 20 year legal career began at the firm O’Melveny & Myers. In addition to serving as CCF’s general counsel for more than 12 years, he is a lecturer at the UCLA Anderson School of Management. Paul is a past president and board member of the Korean American Bar Association of Southern California where he established the KABA Foundation to carry on charitable activities to benefit low-income and minority communities. In 2011, he was appointed by Mayor Antonio Villaraigosa to serve as a Commissioner on the Board of Neighborhood Commissioners.

Paul holds a J.D. and an M.B.A. from UCLA. He earned an A.B. from Cornell University.