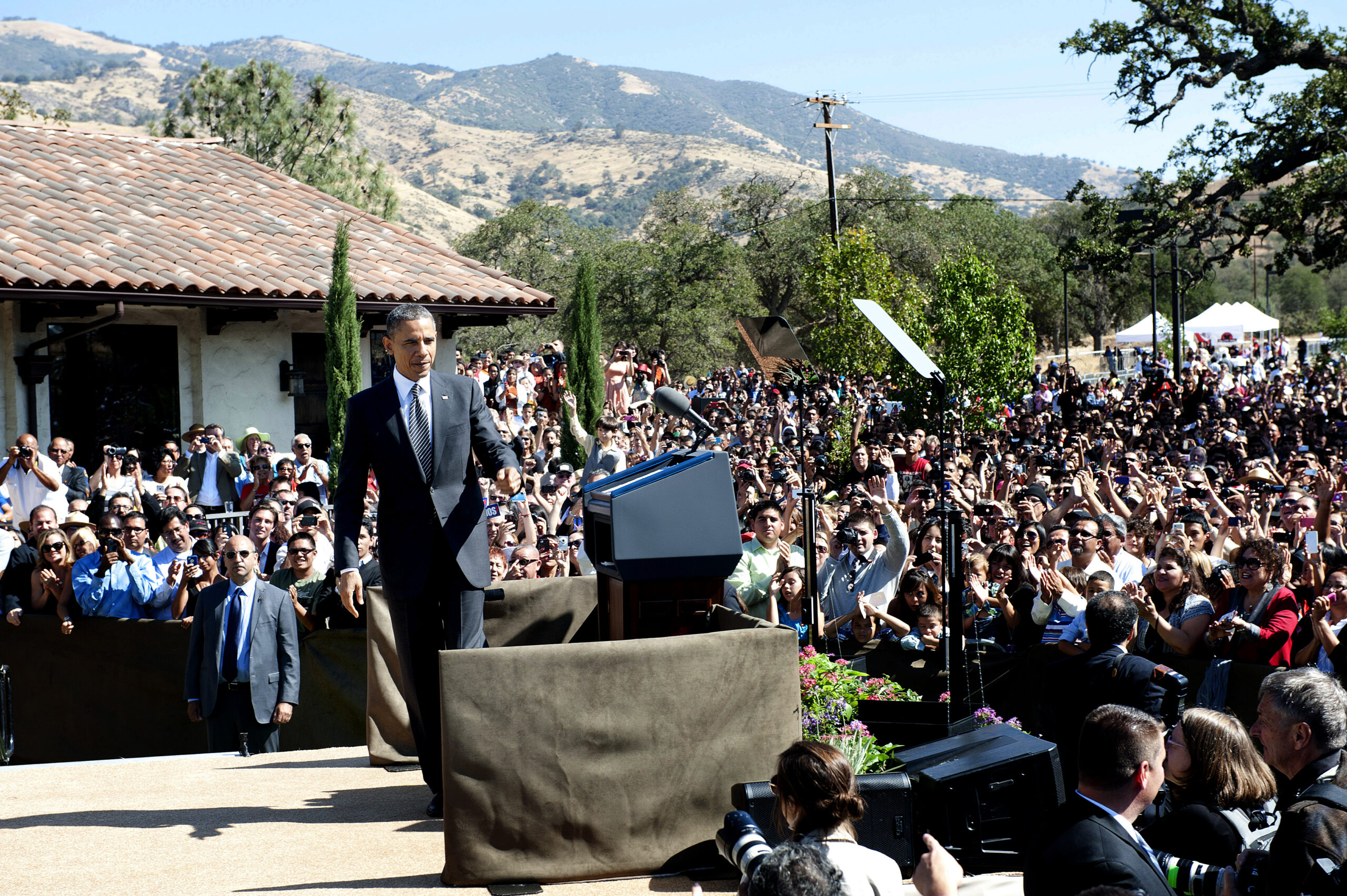 Community members are invited to help the Cesar E. Chavez National Monument celebrate 10 years to the day since President Obama journeyed to Keene, Calif. for dedication of the 398th unit of the National Park Service before 7,000 people on the historic grounds where the farm labor and civil rights leader lived and labored his last quarter century. A commemorative ceremony is set in the monument’s Memorial Garden located at 29700 Woodford-Tehachapi Road in Keene starting at 10 a.m. on Saturday, Oct. 8, 2022.

The event is free to the public and hosted by the Cesar E. Chavez National Monument and National Parks Service in partnership with the National Chavez Center, the Cesar Chavez Foundation, and National Park Foundation. Speakers include Chavez foundation President Paul F. Chavez; Frank Lands, regional director of the National Park Service; and Anne Stephan, superintendent of Chavez national monument. Visitors are invited to view new exhibits in the monument’s Visitor Center, get a special National Parks Passport commemorative cancellation stamp, and see the newly restored exterior of the modest nearby Chavez family home, where Cesar and Helen Chavez and their children resided.

The Chavez national monument was established on Oct. 8, 2012, by President Obama through Presidential Proclamation under the Antiquities Act of 1906 to honor the life and work of Cesar Chavez, particularly his role as a 20th Century Latino civil rights leader and his passionate dedication to the American farm worker movement. The monument is open year-round from 10 a.m. to 4 p.m., except on Thanksgiving, Christmas, and New Year’s Day.

What: 10th anniversary of the dedication by President Obama of the Cesar E. Chavez National Monument

The Cesar Chavez Foundation and TERC Announce their New Program, AMPD4Math, that draws on students’ desire to help others
Fred Ross Jr.’s matchless organizing talents empowered farm and other workers