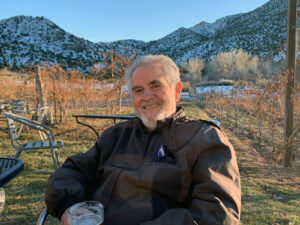 Amos Andres Atencio, 83, a beloved father and community developer, passed on December 5, 2022. He was a friend and a supporter of the Cesar Chavez Foundation.

Amos dedicated his life to using community development work to lift families in Northern New Mexico out of poverty and increase their access to health and education. He was an early innovator in community-based economic development, piloting various successful programs in northern New Mexico. Amos worked alongside inspirational Latino leaders in the civil rights movement throughout his career, including Raul Yzaguirre and Cesar Chavez.

After graduating from UNM with a Bachelor’s Degree in Anthropology, Amos began his career with HELP in northern New Mexico before helping to establish Siete del Norte in 1973, where he worked for 38 years, spending the last 35 as President. He also served on many other boards at the state, regional, and national levels, including Unidos (then National Council of La Raza) for 9 years, where he served as Vice Chairman. In that role, he helped to elevate the power and visibility of Latinos throughout the United States while always ensuring New Mexico, the people, and its unique history were not forgotten.